On a dark summer midnight, the only sounds, you could hear where the sounds of the wind blowing and the grass moving from the wind. A teenage boy named Allen is asleep upstairs in a middle-aged house that he lived with his mother and father. Its 2:45am Allen is sleeping, and he is awakening up by the flashing lights coming from his window. Allen gets up to look out his window to see where these lights are coming from. As Allen goes to  the window, he sees the biggest circus tent and Ferris wheel that he has ever seen. The tent was bigger than the wooded trees outside his home. He always had a fear  of things coming out of those woods since he was a little boy.
Allen goes outside to the front porch, because Allen is curious about this big circus. However, Allen is scared to enter the woods, but his curiosity takes over and enters the woods. As he is walking deeper into  the  woods, he hears sounds of fire cracking and the smell of wood burning. As he walks he notices three people that he can’t really see by the fire, he can’t make out who or what they look like.  As Allen walks  little slower to sneak up,  so he can get a better look at who it is. Allen takes another step closer an SNAP he steps on a branch and makes the only sound in the woods. As he looks up, he can finally see who is at the fire and what they look like. He holds his breath and starts to panic scared and starts to shake because the three people that are there are three clowns no one is moving the clowns aren’t moving they are just staring at him. Allen begins to go into the direction of the tent hoping to find people and feel to save, he keeps looking back to see if the clowns are coming after him, but they're not they are just still staring at him, as he can see from this angle due to the light from the fire hitting the clowns. Allen walks into this big circus tent, and as he enters; there is nothing there, where was the music that was playing and the sounds of laughter coming from? However, off to the left was another section of the tent, as he enters this part,  he hears the sounds of a chainsaw, and he turns around to look  and BOOOOOOM the stand the biggest clown that you have ever seen, and he takes Allen head off with the chainsaw.
KOTTEN the clown picks up Allen head and places it on a shelve that has his name on it ALLEN. He added another child's head to his collection along with thousands on his wall.
The end you hear the sound of KOTTEN laughing and a chainsaw. 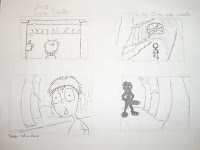 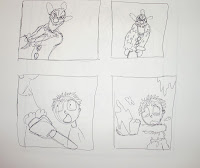 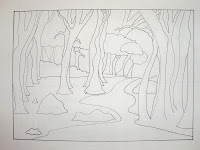 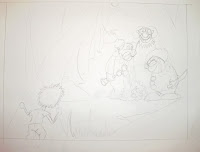 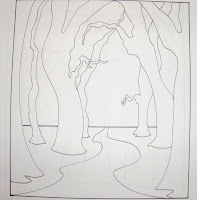 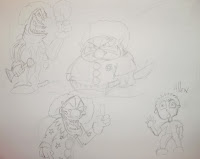 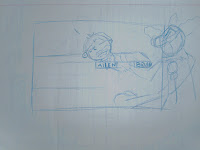 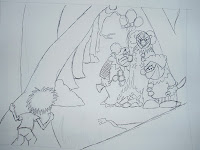 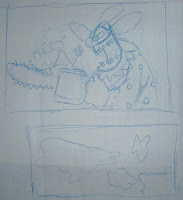